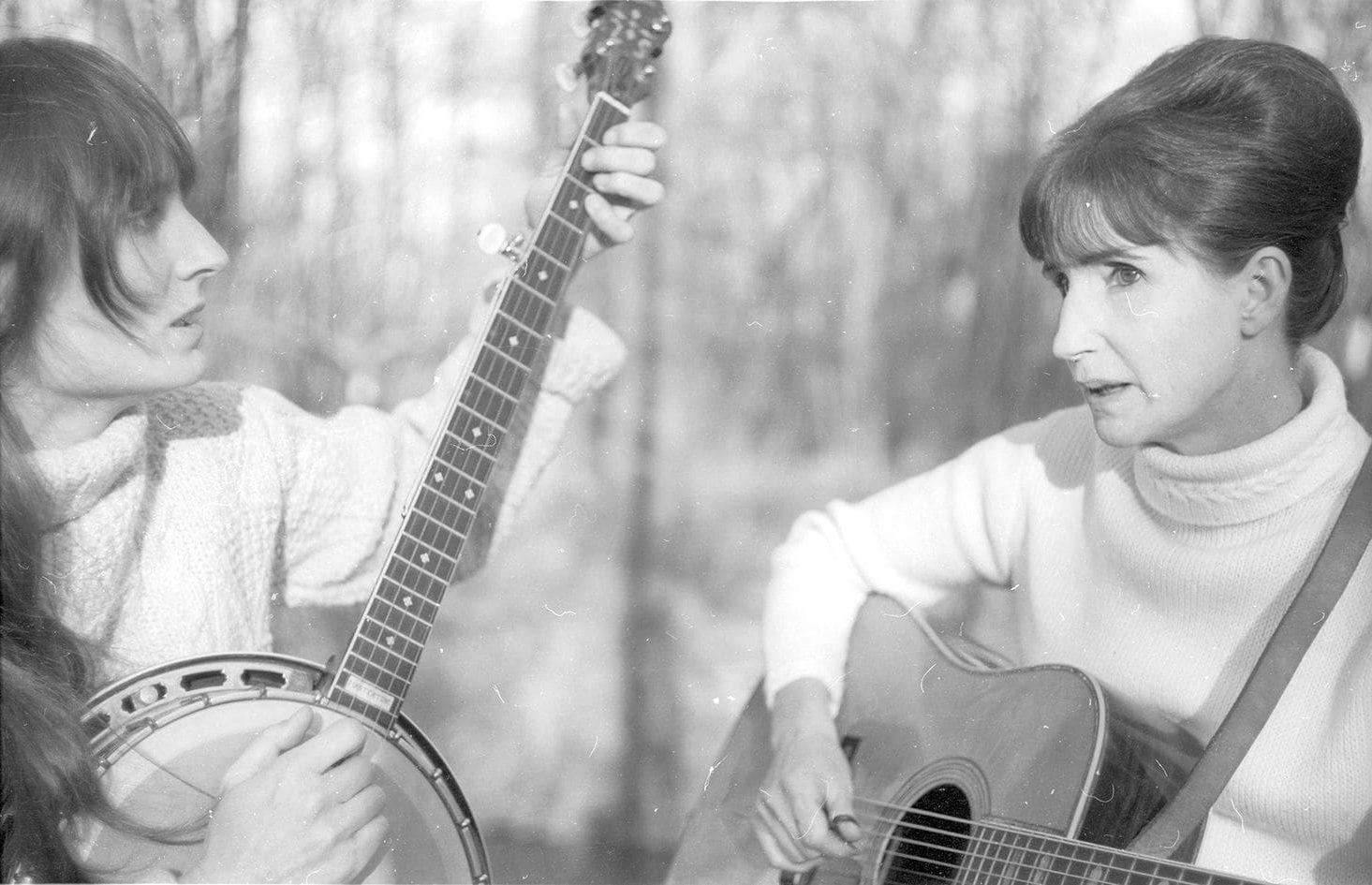 With a career spanning over 50 years, Alice Gerrard is considered one of the most important figures in American folk music history. Born in Seattle, Washington on July 8, 1934, Alice Gerrard had little exposure to folk music in childhood. Though both of her parents had musical backgrounds, Gerrard didn’t have her first encounter with the genre that would become such an integral part of her life until her adult years.

Attending Antioch College in Ohio, Gerrard befriended a group of fellow students living in her dorm who loved folk music. It was there that she was first introduced to Harry Smith’s Anthology of American Folk Music. Later in her career, Gerrard would say that it was this introduction to the “stark music and dark themes” of the anthology that inspired her to pick up a guitar and learn to play. Upon graduating college and moving to Washington D.C., Gerrard quickly found herself enveloped in the area’s passionate folk music community.

It was within the nation’s capital that she became more familiar with the bluegrass subgenre in particular. Gerrard met Hazel Dickens, a folk singer from West Virginia who shared her passion for folk music- the classic Appalachian style in particular. In forming a bond based around their common interests, Gerrard and Dickens found that they harmonized well together and decided to play shows together in the Baltimore area where they quickly rose to success.

In 1965, Gerrard and Dickens finally had their first recording session at a church in D.C., backed by the musical talents of Lamar Grier (banjo), David Grisman (mandolin), and both Billy Baker and Chubby Wise on fiddles. This first recording was a set of traditionally styled folk classics that would later be released under the title, Who’s That Knocking. This first release would ordain Gerrard and Dickens as the first “female-led act in bluegrass” while also becoming a key influence of many folk music artists to follow such as Gillian Welch and Emmylou Harris.

It wouldn’t be until 1973 when a second LP, titled Won’t You Come and Sign For Me, was released that Gerrard would begin her rise to true fame within the bluegrass genre. Alice and Hazel (1973) and Hazel Dickens and Alice Gerrard (1976) would be added to the duo’s discography and all four albums would later be included in a CD set titled, Pioneering Women of Bluegrass in 1996.

Gerrard would branch off from Dickens at the start of the 80’s and while she recorded yet another album with folk artist Mike Seeger, Gerrard spent this decade investing her talents into other creative outlets. Ever the folk music lover, Gerrard became an editor for The Old-Time Herald- a magazine focused around the bluegrass genre. She would also direct the documentary, Sprout Wings and Fly, a documentary about the legendary Appalachian fiddler, Tommy Jarrell.

Although Gerrard took a break from the musical spotlight, she made her return as a solo artist in 1994 with the release of Pieces of My Heart. In the remainder of her musical career, she would release a whopping five additional bluegrass albums from 1998 to 2005. Four of these albums were created alongside multi-instrumentalists Tom Sauber and Brad Leftwich with the creation of the trio, Tom, Brad, & Alice while Calling Me Home: Songs of Love and Loss, released in 2002, would be Gerrard’s second solo album.

With the release of Tom, Brad, & Alice’s last album in 2005, Gerrard turned her attention primarily on her pursuits as an academic educator. She would teach music and folklore at Duke University in North Carolina until meeting a student, M.C. Taylor, who had been a fan of her earlier recordings with Hazel Dickens. Taylor would turn out to also be a talented musician and would offer to produce an album for Gerrard, resulting in 2014’s Follow the Music. Gerard’s most recent album, Tear Down the Fences, was released in 2017.

With a career spanning decades, Gerrard earned her place in bluegrass music history as a pioneering woman of the genre. Displaying her love of folk music, she also put her other creative talents into various projects that would touch the lives of bluegrass fans everywhere. Hailed as a treasure in the bluegrass community, Gerrard’s art will prove influential for bluegrass artists for many years to come.