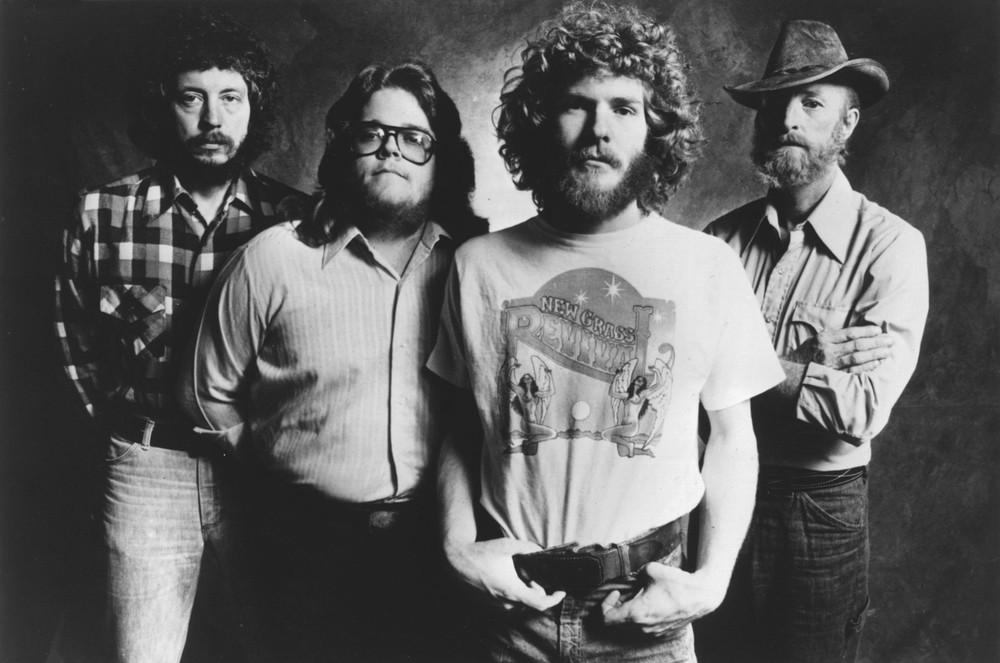 Forty-eight years ago, a new band was born and throughout its development would play a major role in creating progressive bluegrass. New Grass Revival was formed in 1971 when founding members Sam Bush, Courtney Johnson, and Curtis Burch broke from the Bluegrass Alliance. During the early years, New Grass Revival gravitated toward a traditional bluegrass style. In 1973, the group experienced its first major evolutionary twist when electric bass player John Cowan was added and brought with him not only the first electric based instrument, but also his background and influence of rock-n-roll. The band continued with this arrangement of talent while producing five studio albums and one live album until 1982.

Tired of touring, Johnson and Burch left the band and were promptly replaced by Bela Fleck and Pat Flynn. Pat Flynn, an experienced singer-songwriter whose resume included work with the Beatles and other known talents pushed New Grass Revival into their peak performance throughout the 1980’s and became the brand name band associated with progressive bluegrass. Through this decade of transformation, the group produced an additional four studio albums and one live album. The last album, Friday Night in America debuted the group’s first Billboard Top 40 hit “Callin’ Baton Rouge” which hit number thirty-seven on the list. When it appeared as though New Grass Revival was at its peak, Bush made the decision to separate himself and form his own group which ultimately led to the breakup of the band.

Although progressive bluegrass is not as widely followed as other popular music genres, New Grass Revival made a niche for themselves and are well known as the premiere progressive bluegrass band by many in the music world. During its eighteen-year existence, the band produced a total of nine studio albums and two live albums, they received both Best Band and Best Album awards in 1988 from Fret Magazine and placed on the Billboard Top 100 six times and the Top 40 one time.

Although time has passed since New Grass Revival has performed or recorded anything their influence on progressive bluegrass, and to an extent on bluegrass remains profound. For anyone seeking a unique style of music that incorporates a multitude of genres and subgenres, New Grass Revival is certainly worth giving a listen to.