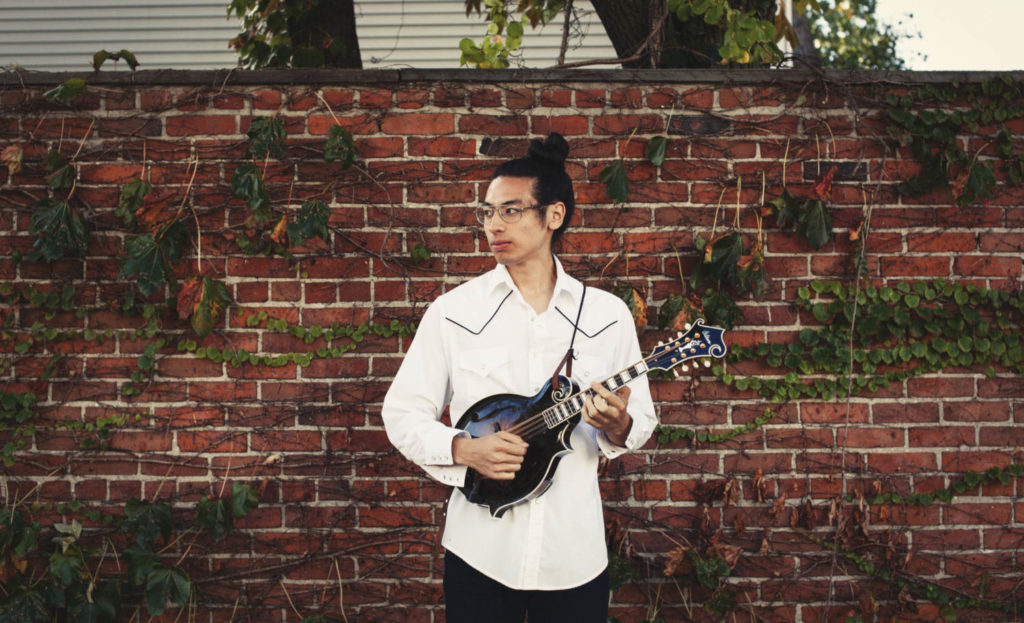 Today we’re chatting with Ethan Setiawan, a Boston-based mandolinist. Tell us a bit about yourself, Ethan!

I’m originally from Goshen, Indiana, and moved to Boston about 4 years ago for the community and to go to Berklee College of Music. I play in bands including Corner House, the Harmolodic String Band, and Mudskippers, freelance a bunch, write as much as possible, record, and teach.

My first instrument is the cello, which I played for about 5 years before I started picking on other instruments. I played some mountain dulcimer, ukelele, and banjo, but mandolin was the one that stuck, at around age 13. My folks were always super encouraging of my exploring music, and I owe a lot to them.

With mandolin, I got really into it pretty quickly, and by 16 or so I knew that I would at least try to go to music school and make a career of playing the mandolin. I ended up at Berklee and Boston has been a great home base for the last 4 years.

Just 5 favorite albums is really hard to pick! I’ve really been digging on Sylvan Esso’s self titled record recently, Jenna Moynihan’s record Woven, Joy Kills Sorrow’s record This Unknown Science, Andrew Marlin’s record Buried In a Cape, and this duo record by two great songwriters, Andru Bemis and Elisabeth Pixley-Fink called Say Yes to Yourself! I think one of the things that attracts me in music is a sense of self, and these records are all very true to the character of the artists who created them. There are definitely elements of each record I listen to that I draw direct inspiration from, but this individuality is the real inspiration for me.

ACOUSTICULT: Which part of your music career do you enjoy the most – live performance, recording, writing, etc?

I love being on the road, traveling and playing shows. I’m also really interested in writing, and want to continue to get better at that.

I just freaked out (again) last week at seeing Matt Flinner play banjo with Darrell Scott. The guy is a great banjo player as well as shredding the mandolin and writing great tunes of course. Julian Pinelli is a great fiddle player and friend of mine living in Nashville who I love playing with. Korey Brodsky, another friend, is mostly known as a guitarist, but actually studies mandolin at Berklee and shreds.

I’m mostly playing a 2016 Gibson Sam Bush mandolin, and I have a 2013 Bayard Blain mandola. I generally prefer to use a mic on stage, and I like the Oktava 012s, but for plugging in I use a Grace Felix for mandolin and a Schertler Yellow Blender for dola, with Audio Technica PRO35 mics for both.

I would book 3 weeks at this beautiful studio in Guilford, Vermont called Guilford Sound, and take Dave Sinko to engineer, a producer I know and trust, and a crew of friends, and make an album without any of the normal time constraints that often plague recording projects. I’d definitely allocate some of the money to mixing/sound design/mastering and do all that really right. Also, I’d want to create a beautiful package/album artwork to present the music.

Corner House has plans to record in the spring and I’m really excited about that. We’re on the road a bunch this fall, and heavy next year as well. I’m hoping to make a record in the next year or two as well. I’ve been talking to Darol Anger about doing something, so that’s something on the horizon to look forward to.