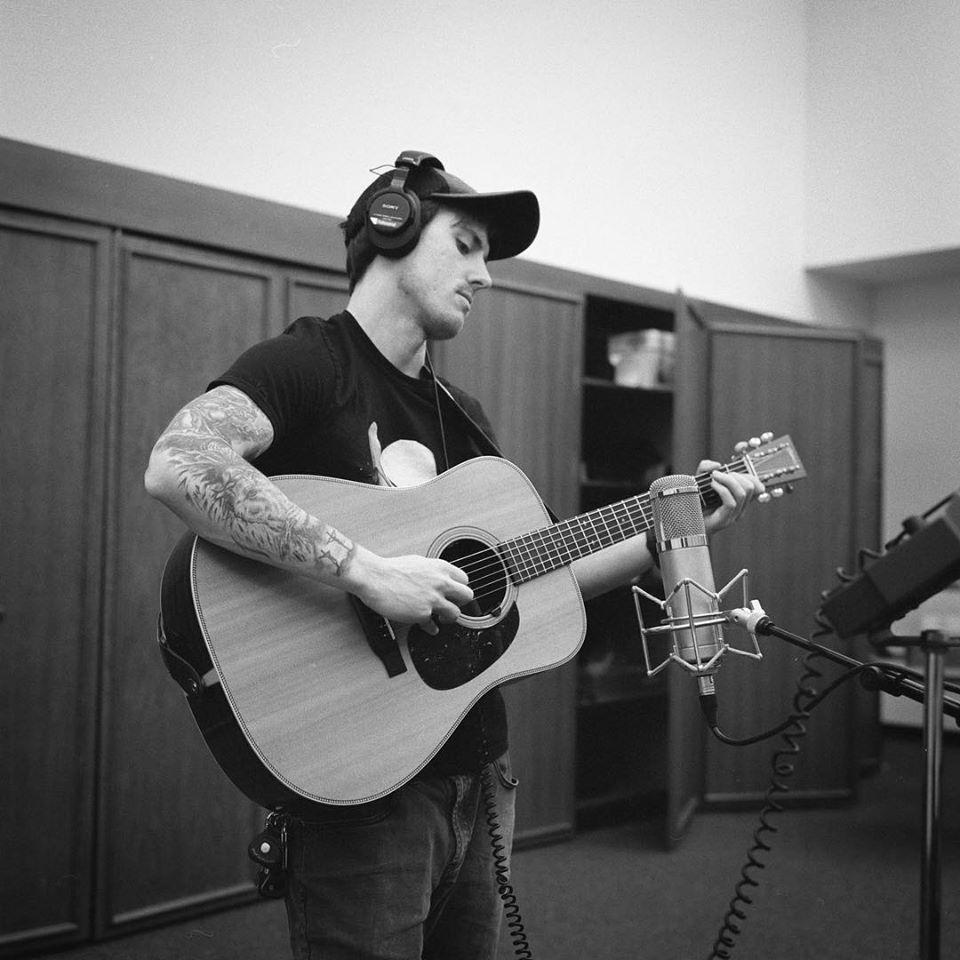 Today I’m talking with guitarist and Virginia-native, Will Cassell. Tell everyone a little bit about you and what you do, Will.

My name is Will Cassell and I’m 25 years old. I’m primarily a guitar player, but dabble around with the mandolin from time to time. I grew up in an area called Norton, Virginia, which is actually the smallest city in the state of Virginia. I’m currently living in Johnson City, TN.

JED: Man tell us a little bit about your origins. How did you get into playing music and what made the career choice stick?

I grew up surrounded by music. My grandmother was a vocalist. My grandad on the other side of the family was a vocalist. My uncle played music professionally. My dad played a little bit in his spare time. It was kind of all around. I think I first picked up a guitar around age 7 or 8. My parents were making me take lessons at the time and I absolutely hated it. If I recall correctly, I purposely broke my guitar so I wouldn’t have to go anymore.

JED: Dang bro you weren’t kiddin’ – what’d you do to the guitar?

Man I don’t exactly remember – It was a pretty cheap acoustic guitar that had crazy high action. If I remember correctly, it was leaned up against the wall, and I slammed something up against it like a basket or something. It broke at the headstock.

JED: If you’re gonna break a guitar, those are usually good ones to break. So how did you end up coming back to the instrument which previously caused you so much frustration?

Around age 11 or so my dad bought me one of those Squier electric strat & amp combo kits for Christmas. After that the bug just kind of hit me. I got into playing a lot of Rock stuff which stretched into Blues, Metal, and all sorts of other genres. Our family was always a bluegrass family, but I didn’t really dive too much into that until I was older and had a better appreciation for it.

JED: Who were some of the first artists you remember having interest in?

Quite a bit of Hard Rock stuff. Lots of stuff like Metallica, Megadeth, Iron Maiden, and AC/DC starting out. Then that gravitated towards bands like Slayer, Children of Bodom, Pantera, Symphony X, All That Remains… stuff like that. Mixed in with all that, stuff like Jimi Hendrix, SRV, Steve Vai, Joe Satriani, BB King, etc.

The first acoustic music I really dove into was the Tony Rice stuff. Coming from a more progressive background I think he stuck out to me a little more than others due to his unique sound and just the way he played. Soon after that I was just listening to everything, just trying to soak it all in.

Bluegrass led me to some other places too that I’m really into now like New Acoustic music or “Spacegrass.” Lately I’ve really been trying to learn as much jazz stuff as I can. I think it’s really cool to take things from jazz and figure out ways to apply them in other music.

JED: That is some of my favorite work of Tony’s. So many good tunes. Which tunes have you learned? Mar East, Gasology, Old Grey Coat, and Swing 51 are some of my faves.

Wyatt Rice and I recently did a duo project, and the project is centered around the old “SpaceGrass” stuff. We recently played a show at Floyd Country Store, and played stuff like Mar West, Waltz for Indira, Old Grey Coat, My Favorite Things, Alice in Wonderland, Nardis, Swing 51, Backwaters, Common Ground, and quite a few others. Wyatt has some awesome tunes as well that are in that category.

JED: That is awesome! The fact that you can play that material is a serious statement of talent; those songs are fairly complex. How did you end up getting to know Wyatt?

I got to know Wyayy when I moved to Johnson City about a year and a half ago. He’s teaching guitar at ETSU’s Bluegrass/Country Music/Old Time/Celtic program and we met there.

I guess the reason I decided to play music was just that it always felt right. I initially went to college and never could figure out what I wanted to do. I worked several different jobs. Eventually I just decided that I wasn’t going to be happy if I wasn’t doing something with music, and that I needed to find a way to make that happen. That’s kind of where I am now. It’s always a work in progress, but I’m figuring it all out day by day.

I don’t think I could really give an accurate “top 5 albums because I listen to music on such a broad spectrum, but if I had to pick 5 right now that I’ve been listening to a lot lately it would probably be:

If I had to pick one thing out of the above, I would probably say live performance. There’s just not many better feelings in this world than playing music to a really attentive audience. I do really enjoy recording as well as creating new things though. I try to write as much as I can. I think it’s important to try to create new things vs. re-work what’s already been done. There’s always a place for covers, standards, etc., but I think it’s important to try to bring new ideas to the table in whatever you’re doing.

David Grier. I think most people who know anything about guitar would say he’s great, but I think there’s a lot of people who don’t really understand just how good he is. Some of the stuff I’ve heard him play on guitar is just absolutely incredible.

Michael Daves is another guy who stands out. Sometimes I don’t feel like his name gets mentioned quite enough. In my opinion he’s one of the coolest guitar players out there.

Jon Stickley is also doing some really cool stuff. If you haven’t heard his trio then you need to. The guy can pick.

My current rig varies gig to gig, but for plug-in gigs I’m running my Collings D1 with a K&K pure mini through a Mesa-Boogie “Rosette” DI. I like the EQ that it has pretty well. I also have an effects chain with some different things like delay, phaser, etc. As far as using a microphone on my guitar live, I usually use some form of small diaphragm pencil condenser. I really like some of the Peluso ones for live stuff.

JED: Ya know I have K&K pure mini pickups in both of my dreads and they sound fantastic. You’d think that a $100 pickup wouldn’t be that impressive but I know people who prefer them over more expensive pickups! If you were given $100,000 to spend on an album production, what would it look like?

That’s quite a lot of money. I wouldn’t even know where to start. I guess I would probably just use a chunk of that money to hire some musicians to play on it that I wouldn’t usually be able to afford. I think it would be cool to do an album that featured all of the (living) artists that influenced me and my playing growing up. All on one album with a central theme. I’d probably like to get Bryan Sutton, David Grier, Wyatt Rice, maybe a few others. I think it would be cool to do an all guitar flat-picking album with quartet arrangements. As far as where I would record it, I’m not really sure. There’s several studios that I’ve worked around that I’ve liked and several studios I would like to work with but haven’t. I think I typically like small studios better as long as they have the right gear and a decent sounding room. The whole process just always seems to be less stressful that way.

I don’t really have a particular favorite thing that I’ve worked on, but I do have some things that I’m hoping to record pretty soon that I’m really excited about.

My brother, Thomas Cassell and I are going to be tracking a duo album this winter, that’s going to be pretty fun and have some pretty cool guests on it. Aside from that I’ll be playing on Tray Wellington’s album this coming month. He just won the IBMA momentum instrumentalist award and has some really cool progressive banjo tunes going into the album.

I’m currently working on writing some things for what will hopefully be an instrumental album. I just finished up the duo spacegrass project with Wyatt Rice, and am working on a couple of projects with New York cellist Dave Eggar.

JED: Well man you’ve got a full plate this winter! Good on you for staying busy playing cool music. Keep us updated on when your albums release – we can’t wait to hear em! Thanks for chatting with us Will!