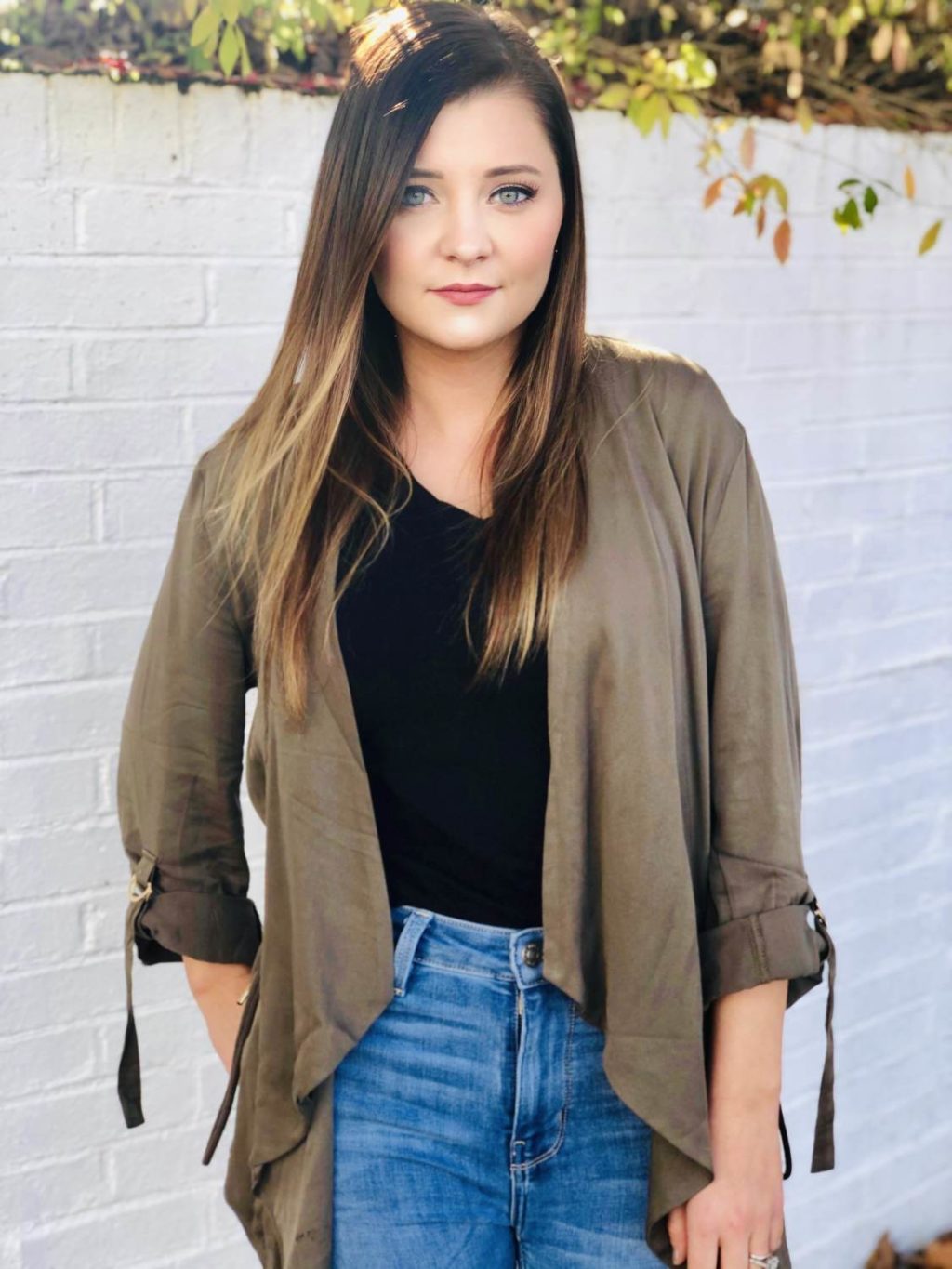 Today I have the pleasure of getting to speak with an amazing vocalist. While she grew up in a traditional bluegrass and gospel music background, she has recently transitioned into the world of Country music as though it’s always been her home. Savannah, thank you for taking some time to talk to me today. Tell our readers who you are, what you do and where you’re located.

My name is Savannah Church and I am a country singer. I was born in Norton, Va. I have lived in various places across the state including Danville and Galax but now I live in Bluefield WV with my Husband and 2 dogs 🙂

JED: Did you grow up in Norton? D’you by chance know the Will and Thomas Cassell? They’re pickers from Norton.

I actually spent most of my childhood in Danville, VA so I don’t know a lot of people from that area besides a few family members.

JED: Gotcha. Well tell us how it all began; your origin story, so to speak. How did you get into music, and what made you choose this path over others?

I started singing at the age of 5. My mother used to sing around the house so I guess that’s where I picked it up from. She used to play a lot of Dixie Chicks, Lee Ann Womack and Vince Gill to name a few. I really cut my teeth on 90’s country. I don’t really think that when I first started traveling at the age of 10 that I would make a career out of it but I think that as I got older, I began to realize it was really my passion to sing. So it kind of went from a hobby to a profession. Now, it’s just in my blood and I can’t really imagine doing anything else full time other than singing.

JED: My mom was a huge Dixie Chicks fan in the early 2000s when they were really “making hay.” You started traveling at 10? Gracious! What got you into traveling to sing? Who was taking you to these gigs and encouraging you to perform?

I owe all the credit to my mom and stepdad for seeing the potential in my sister and I and being willing to grow it into something bigger. My mom was our manager so to speak and got us on the road, and my step dad was the band leader and played guitar for us.

JED: I remember jamming with your stepdad one year back when IBMA hosted their awards ceremony in Nashville. Gosh that had to be 10 years ago at least. I remember him showing me his e-bass and talking to me about y’alls music. What are your favorite 5 albums, and do they influence your work? If so, in what ways?

I try not to let other people’s music heavily influence my music because I want to have my own identity as an artist.

JED: You’re the first person I’ve interviewed to say that but I don’t think I could identify more with a statement.

Also choosing just five albums is a SUPER hard question. Narrowing it down to specific albums would be nearly impossible, but if I had to name my 5 favorite artists they would probably be: Alison Krauss, John Mayer, Dolly Parton, The Dixie Chicks and probably Glen Campbell.

If I had to choose an artist that truly made me want to sing it would probably be Sonya Isaacs. I remember listening to her voice growing up and going to 3 or 4 concerts. Her pitch and control is just unparalleled. They got me up on stage one time because they knew I sang one of their songs, “I’m Gonna Move.” That made a huge impact on me. Her songwriting is also amazing. If you aren’t familiar with some of the songs she has written, do yourself a favor and look at her credits. ‘Nuff said…

I think recording and live performance are my favorites. They really go hand in hand. Recording and being in the studio gives us artists the chance to put into song what we are feeling or experiencing. Then the live performance is just being able to bring what the artist has been working on to the people. You can’t really have one without the other in my opinion.

JED: What are three musicians today that you think are underrated?

Mo Pitney for sure. Classic country voice and incredible songwriting.

Ingrid Andress is another. She’s fairly new but she has some AMAZING songs.

Lastly, Delta Rae. Their songwriting is insane. I was fortunate enough to tour with them a few years back, and they’re the real deal. They’re hard workers and their live show is one of the best live shows I’ve ever been able to witness.

JED: A recurring theme among these artists is that you dig their songwriting. Do you write much yourself?

That is the one thing I’d love to be able to do well. I write a little bit but I’d say that most of what I come up with ends up in the trash. I think it’s one of the most amazing things about making music and I absolutely am in awe of people that can take life experiences and put it to music.

JED: I envy those folks, the writing process has been very difficult for me too. Tell us a little about your daily routine as a vocalist – are there particular things you work on or “vocal exercises” that you follow?

I drink a lot of hot teas with honey and lemon to try and take care of my vocal cords along with lots of vitamin C to prevent getting sick. As far as warming up before a show, I don’t really have vocal exercises (probably should) but I do listen to music throughout the day and sing along to get warmed up and work out all the kinks. Another thing I try to do is drink loads of water to stay hydrated.

Well, I can’t imagine being given $100,000… But honestly, I know that a KILLER album can be produced for a lot less. I’m sort of partial to a simple, pure sound; not really huge productions. Just authentic and raw. But I’d definitely spend a lot of the money on some of Nashville’s top musicians. Victor Indrizzo is probably my favorite drummer and I’ve been fortunate to use him on my last project and my current one. When it comes to steel guitar, the only thing you have to say is Paul Franklin and that’s all that needs to be said.

Stuart Duncan is probably my favorite fiddle player so I’d definitely be getting ahold of him. I think my best option would be to just tell the producer my budget and let them pick the best!

JED: That is putting a lot of faith in your producer! Speaking of which, who would you want to produce your album? Who is someone you would trust with your music in that way?

I love the producer I’m working with, his name is Julian Raymond. He’s got a way of pushing me outside my comfort zone and getting me to try new things and different melodies. I would love to get the chance to work with Dave Cobb. I think he’s done some amazing work.

My last record that my sister and I put out, “A Night at the Opry.” I had the privilege of working with some amazing musicians and singing songs written by Lori McKenna, Maren Morris, Katie Cole and Julian Raymond (who also produced the album). It’s got a really cool vibe and I’m pretty proud of it. Had a lot of fun with that one.

JED: That is quite the lineup! How did that album come about?

So we were discovered and signed to Big Machine Label Group at that point. That was the debut record we made with them. The album is named after the first track that has the intro from the Grand Ole Opry.

Well, I’m currently working on a new solo album. It’s going to be an EP with some really personal songs on it. Working with producer Julian Raymond is always awesome. He’s extremely creative and always keeps it fun. He’s always pushing me to try new things with my music and singing that I would have never thought of trying otherwise. I would honestly have to say He is one of my biggest supporters and encouragers. None of what I’m doing now would have been possible without him (Thank you Julian if you’re reading this).

JED: Savannah it has been wonderful to get to talk to you about your music and your story. Thank you for taking the time to do this! Where can folks keep up with you online?