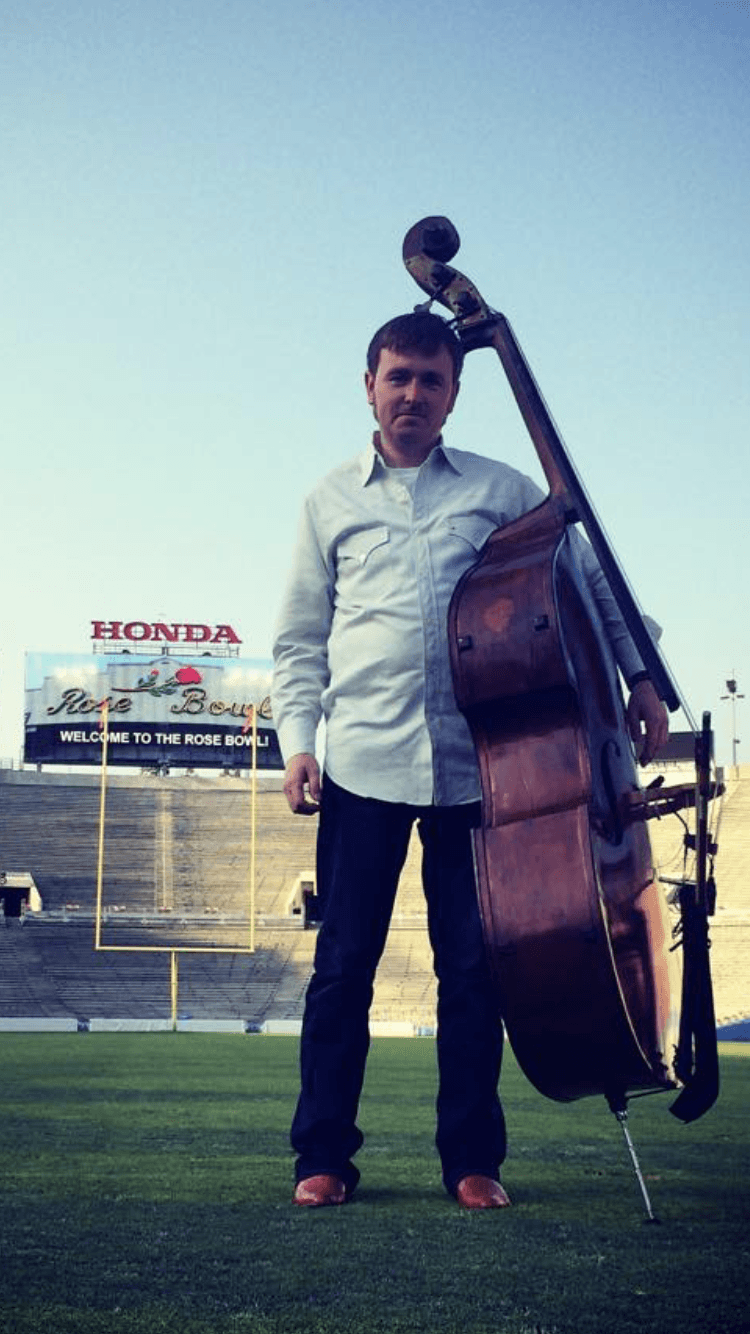 ACOUSTICULT: Tell us who you are, what you do and where you’re located.

Evan Winsor here and I’m an upright and electric bass player located here in Nashville, TN. I’ve been living in Nashville about a year and half now after living in Los Angeles for eight years. Glad I made the move.

ACOUSTICULT: Tell us a little bit about your beginnings. Your origin story, so to speak.

My dad is an electric bass player, so music and musical instruments were all around the house. I sometimes feel like I didn’t really have a choice, it just kind of picked me. I was real lucky to have a support system growing up which allowed me to pursue the things I was interested in. I was always involved with music as a kid, both in school and out of school. I played in the orchestra till my senior year in High School, played electric bass in a Calypso Steel Drum ensemble, had several garage punk bands that played little gigs, and my social circle were all musicians or creative type folks. I just naturally fell into it.

ACOUSTICULT: Out of all the different genres of music you’ve had involvement with, why d’you think you’ve “fallen into” the bluegrass scene more-so than the others?

For me, bluegrass has it all. The music is challenging, relies heavily on technique and improvisation, has room for interpretation within a musical box, and has a unique community aspect that is apart of the music.  What really grabbed me was going to bluegrass festivals in California, staying up way to late at jams and meeting everybody in the CBA community.

This is a tough one. I’d like to start off with Manzanita. After the first time I heard Tony / this record I was done for. Tony, his music, and the players he surrounded himself with has had probably the biggest musical impact on me, as it did a lot of other folks.

Kind of Blue. I think this was one of the first Jazz albums I truly connected with and set me in on the path to both directions. To the past, via Miles’s Charlie Parker connection and back to dixieland/trad jazz, and forwards to Coltrane and beyond. Jazz has had huge influence on me and my bass playing. I like hearing harmony and especially dissonance. Hearing Todd Phillips in bluegrass has given me the confidence to go ahead and explore some of the things I’m hearing or wanting to feel when playing the bass.

Hard Again Muddy Waters. At the end of the day, I’m kind of a blues geek. Probably because growing up I heard dad play acoustic blues on the guitar in the vein of Lightnin’ Hopkins or Robert Johnson. The stuff I like to play needs to have some blues, or soul to it. I can’t stand ‘folk’ or roots music that is so ‘square’.

Unaccomanied Bach Cello Suites by Edgar Meyer. I heard a lot of classical music growing up from my dad. I think like him, my ear has gravitated towards Baroque music and the Classical Period composers. Bach, Vivaldi, Mozart, Haydn, etc. Anything Edgar does is going to be the absolute best humanity has to offer, but hearing him play these pieces so flawlessly is something very special.

Bluegrass Album Band Volume 1 (or volumes 1-4). This to me is the way I want to hear Bluegrass. I like the traditional repertoire, but with the modern sound of Tony’s rhythm playing, Todd’s heavy jazz influence, Bobby’s double stops, JD’s drive, Doyle’s chop, and Jerry’s taste of not playing on top of the other instruments or vocalists. This to me is it and what I strive for.

The part I enjoy the most is getting to create music with people I respect and truly enjoy. I’m not a soloist, I don’t strive to be a soloist, and I don’t care to be in the spotlight. Both on stage and off. I enjoy getting inspired and working with others who push me to be my best. I usually enjoy both the recording process and live performances.

Chris Scruggs. If country music incarnated itself to current human form it would Chris Scruggs. Alison Krauss’s fiddle playing (I wish she would do a fiddle album). The third is bluegrass as whole. The genre has some of the best musicianship of any type of music in the world, yet it doesn’t get the appreciation it deserves.

I seem to have an ever evolving cast of instruments. I have three uprights. A circa 1800 fully carved, a circa 1900 Czech fully carved, and a 1947 M1 Kay with a removable neck so I can fly. I’m always experimenting with strings from steel to hybrid to gut. I have an American Jazz Bass Plus and a 50’s reissue type Fender Precision Bass with heavy flatwounds. I seem to be digging my MarkBass amp these days. Yeah team Markbass!

Since I’m not a soloist, what I would do is create a list of all the talented people I’ve played with and a list of people I would like to play with. Then figure out unique combinations and try and curate some special performances. Both new music, and some old. I think when making a record, it pays off in the end to have the freedom to take your time, not rush things, and also be in a creative environment. Having a producer on board who understands the bigger picture can make or brake a record. It’s so important for the producer to understand the vision or have a strong vision of their own and really invests every effort to make it happen. T-Bone comes immediately to mind!

The most recent project I did was Donna Ulisse’s new record. Doyle Lawson produced it with Cody Kilby on guitar, Josh Swift on dobro, Greg Davis on banjo, among the rest of the extremely talented folks. It was a great experience for me getting to work alongside everyone.

I’m playing with five or six groups at IBMA. The majority I have little or no previous experience playing with. I’m so busy right now on and off the road so I won’t have time to look at everyone’s material until less then a week before. That’s how I roll, keeps me on my toes. I’ve gotten very proficient at writing accurate charts.

Thanks for talking with us, Evan!