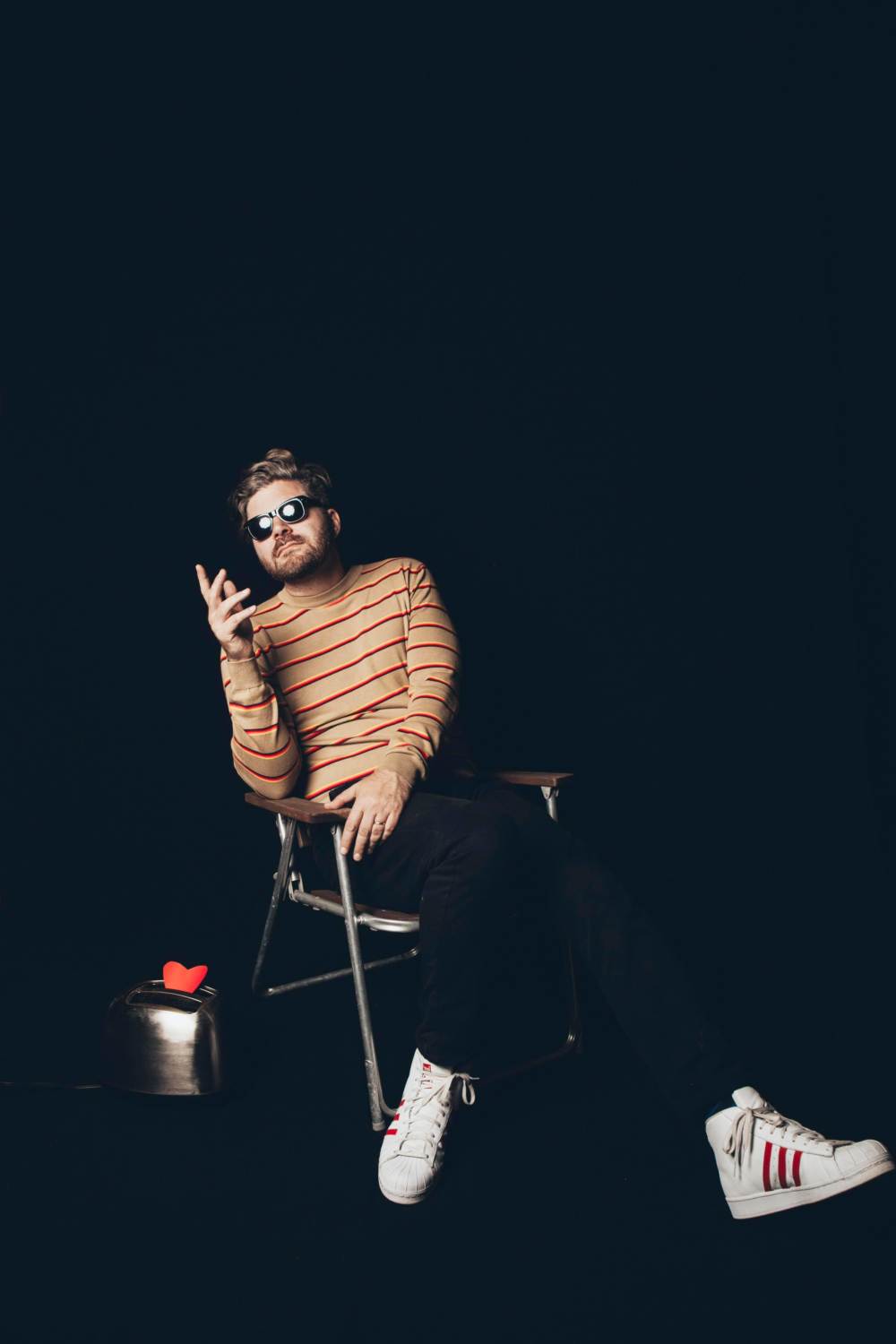 One of my first big festival attendances was at Winfield Kansas’ Walnut Valley Festival in 2007. I vividly remember being mesmerized by the unique sounds of this supergroup from Texas that played really hard-hitting and instrumentally-complex original material (a rarity amongst their bluegrass peers of that era). They called themselves “Cadillac Sky.” After the show my brother and I waited patiently in line at their merch table to buy a few CDs and tell the band how awesome we thought their show was. I remember my brother complementing fiddler Ross Holmes on his playing and somehow the conversation deviated from Ross’ fiddling to him quoting Ricky Bobby and asking Harry if he’d ever seen “Talladega Nights.” When Harry replied “no” the tension between Harry, my really conservative dad, and Ross was nothing shy of legendary. Anyway, the 8 hour truck ride from Winfield Kansas to Central Arkansas gave us plenty of time to wear out those new CDs. The front man and mandolinist for the group turned out to be the writer for most, if not all, of Cadillac Sky’s lyrical material. It is my privilege to present him to our AcoustiCult audience. Bryan, would you introduce yourself to the kind people of AcoustiCult please?

Bryan simpson, B. Simp, Uncle B. I’m a songwriter, singer, player, etc. located squarely where I should be.

I started playing fiddle in school around 4th grade and it sort of launched certain parts of my musicality. I was already playing guitar – I’ve got pics of me standing in front of the record player trying to keep up on the guitar strumming along to Ricky Skaggs’ Country Boy record in my t-shirt, underwear, and cowboy boots at all of about six years old – but it was definitely the violin/fiddle that birthed a creativity in my brain. I think maybe because it sounds like a human voice to me.

JED: You know that is really interesting. I’ve heard Jerry Douglas say the same thing about the dobro; that it resembles the human voice.

So I started making up melodies a few years later once I got a touch more proficient at the instrument. Those melodies at some point around 14-15 years old became songs. My dad did poetry so I probably had some rhyme skills in my blood.

Around 13 years old I started playing fiddle with Tom Uhr who was a great songwriter and had actually written a Ricky Skaggs song that was a hit called You May See Me Walking. He had a string band that did bluegrass but also Tex Ritter, Merle Travis, and Johnny & Jack songs which expanded my palette. I’m sure if he had only played bluegrass my education on melodies and lyrics would have been more limited but with the other stuff thrown in it really was an education.

JED: How did you meet Tom?

Not sure. My granddad probably mentioned to him that I played fiddle when I was around 12. Tom was around the Texas scene pretty prolifically and always good about bringing young fellas along and sort of trying to mentor; it was big for me.

JED: What are some of your favorite albums or artists, and how do they influence your work?

All the Hot Rize records. Tim O’Brien is a superhero to me.

Ricky Skaggs records as I mentioned.

Around 15 or 16 I fell for Green Day’s Dookie record – which is wildly melodic but certainly not acoustic.

Mmm..top two influential albums; The Brown Album from The Band, and Highway 61 Revisited by Bob Dylan. With The Band record, the lyrics painted such vivid pictures of these characters and scenes sung on top of a very soulful sonic palette. Their performances sound unsafe. The music seems like it has a lot of age to it – yet the performances are so fresh and encompassing. I don’t know how to explain. It just sounds like “real life” for some reason to me.

Hwy 61 Revisited . . . similar theme; the songs. If Like a Rolling Stone was the only song on the record it would be a Mt. Rushmore recording for me. But once again these wild tales over this rambling wreck of a band just sounds so honest and human. I guess to be human is to be honest . . . but often that fails to be the case. I actually fell for Bob Dylan through Tim O’Brien who had a record called Red on Blonde where he recorded all Dylan tracks with more of a “bluegrass bent.”

Anyway, theres a bunch of records that were influential to me – I could keep going on and on . . . oh Wilco’s Yankee Hotel Foxtrot was super influential. That album is just a near-perfect blend of genres and a bunsen burner of hazardous material somehow coming together with an incredible result when it could have been so disastrous . . . making records are constant little decisions like a house of cards; at any point you can color the entire thing with a less than committed decision . . . Since that’s the case, when you hear someone come away with something so good when you know they were being brave balls deep with so many choices; it’s very satisfying.

Writing for a record . . . finding the jigsaw puzzle pieces that make a record function as it should.

JED: Do you try to write songs specifically for a record? Is that something that plays into your writing process at all; writing a song with the intent of it accompanying other songs on an album?

Hmmm. Yeah probably a little. But I try not to. Every song deserves to be what it’s gonna be. I don’t want any song to be hemmed in by another. I really try not to treat songs as a means to an end (a record). Every song is its own piece of art if I treat it with reverence. I guess I think if I write a bunch of songs and treat each of them with reverence then because they came out of me then there will be a thread running through them because each of them are drawing on my experiences mainly and my imagination . . .

JED: I follow that. The continuity in the songs is evident because of their origin. What are three musicians today do you think are underrated or deserve more notoriety for their art?

Matt Menefee; my brother in the new project The Golden Age. He has that heaven and earth intersection thing where he can play anything; he is wildly imaginative but he at the same time pays so much attention humbly to the song he’s playing. His artistry is bionic.

Secondly, Billy Contreras whom is on The Golden Age’s new record “I’m Sure It’ll Be Fine.” He’s a fiddle player whom’s musicality is electrically intuitive.

Thirdly . . . mmm well, I‘ll just say an all encompassing “studio musician.” The person who stands in the shadows and sincerely shapes so much of the music that we hear and never really receives the just credit or the royalties that he deserves; they are the most musically talented folks in the world.

Mandolin and sing mostly with The Golden Age – its a Collings mandolin – I’m running it through a Neve preamp when not just natural through a mic.

JED: Which Neve pre d’you use?

JED: That is a great answer. Is there anything that having an unlimited budget would change about your approach to the process of creating these albums?

An unlimited budget would make it even harder probably. It’s like sitting down to a menu at some east coast diner and then being overwhelmed by the mountain of choices. Making decisions are hard enough in a limited sense – in an unlimited budget situation it would be paralysis by analysis I’m sure.

Besides the newest one – I did a solo record under the name The Whistles & The Bells called Modern Plagues which is pretty cool still to me.

What are you currently working on?

The Golden Age’s record “I’m Sure It’ll Be Fine” came out Feb 21st and we’ve almost got another record finished. The Golden Age is gonna just keep making music and keep the conversation between artist and audience going.

JED: Bryan thank you so much for taking some time to tell us about your music and influences.

Certainly. My privilege. Always love the opportunity to make time to thank at least some of those who have helped me so much. Thanks JC!