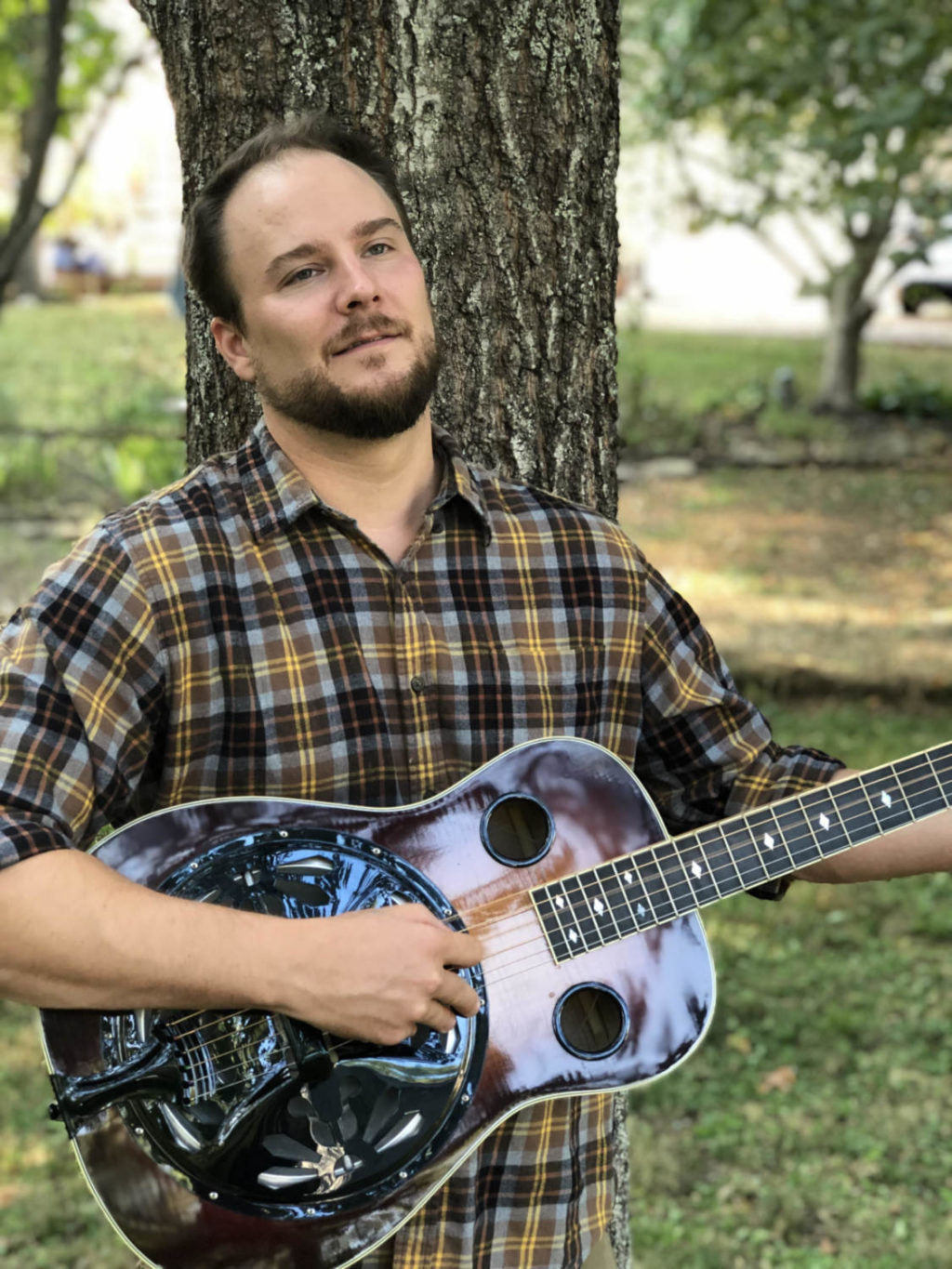 Today we’re talking with Ian O’Bryant, Nashville native and Dobro Player. Ian, tell us a bit about who you are, what you do and where you’re located.

My name is Ian O’Bryant and I am a Nashville native. My wife and I currently live in Bellevue, a neighborhood of Nashville, which is about 15 minutes west of downtown. I work for a local technology company and I also play and teach resophonic guitar.

Acousticult: Tell us a little bit about your beginnings. Your origin story, so to speak. How did you get into music, and what made you choose this path over others?

Like many musicians, I grew up in a musical household. My father, Alan O’Bryant, is one of the founding members of the Nashville Bluegrass Band, so bluegrass music was a big part of life growing up. I remember going to festivals and seeing a lot of great bluegrass bands perform while growing up. Although I did not start playing bluegrass until later on in life, this most definitely had a profound impact on me as a kid.

It wasn’t until later on in college that I developed an interest in playing the dobro. I was attending MTSU in Murfreesboro, TN where they host an old time bluegrass festival called Uncle Dave Macon Days. It was here at this festival that I heard a young dobro player tearing it up on stage at the dobro contest.

Acousticult: How old were you?

I was about 18 at this point. I can’t recall who the player was, but I remember the great show he put on and how he had the audience engaged. I was so inspired by this experience that I went home and altered my acoustic guitar with an extension nut and started playing it with a slide like a traditional square neck dobro. Shortly after this, my father purchased my first dobro for me as a birthday present. A few years later I started entering the same contest at Uncle Dave Macon Days and eventually won 1st place. How old were you then/what year? This was in 2010 and I was 21 years old. After college, I moved back to Nashville and continued pursuing music on the side.

Acousticult: What are your favorite 5 albums, and do they influence your work? If so, in what ways?

These are all fantastic albums, but there are many others that could easily make this list. All of these artists have had a major impact on me as a musician and the bluegrass community as a whole.

Acousticult: Which part of your music career do you enjoy the most – live performance, recording, writing, etc.?

I would have to say that live performance is my favorite. There’s a certain rush that I get from playing in live situations that doesn’t happen in other capacities. I enjoy getting to play with new musicians also.

Acousticult: What are three musicians today do you think are underrated?

Nashville is a community full of extremely talented musicians. I’ve met so many individuals that I feel play at a “professional” level, that aren’t full-time musicians. That said, I think a lot of musicians are underrated.

Acousticult: Who are 3 that particularly stand out as deserving of more spotlight in your mind?

If I had to pick three, I would say Adam Olmstead, Mikael Jonassen, and Matthew Mills.

Adam Olmstead is a great singer-songwriter from New Brunswick, Canada. He has put out several albums of his original material and is no stranger to the Nashville music scene. I think Adam has a unique style and approach to music that sets him apart from others.

Mikael Jonassen is a banjo player out of Oslo, Norway. I met Mikael many years ago when he first came to visit Nashville. He is a very talented player and a nice guy. Mikael plays in a variety of genres that incorporate traditional banjo and also an electric banjo with effects. You can find him on youtube and facebook.

Matt Mills is a dear friend of mine that I’ve known since middle school. He is a very talented guitar player and singer-songwriter. Matt has put out a couple of albums that have a lot of his original material on them. You can find Matt on itunes.

Acousticult: Tell us a little bit about your current rig – what does your “rig” consist of?

I have two dobros that I play out with regularly. The first is an L-body flame maple Sheerhorn that I like to use on acoustic gigs and recordings. Tim Scheerhorn is a retired luthier out of Michigan that built some of the best resonator guitars around. His guitars are known for their exceptional tone and craftsmanship. The second guitar I have is also made from flame maple and was built by Tim May. Tim May is a great musician and also a very talented builder. I have a Fishman pickup in this guitar so I can use it when I need to plug in. I pair this with the Jerry Douglas series Fishman imaging pedal. I also use a Diamond compression pedal and the Hall of Fame reverb pedal.

Acousticult: If you were given $100,000 to spend on an album production, what would it look like?

I would honestly just put together a family band album and try to get some great players to back us up and pay them ridiculously high day rates! I’d get Bill Vorndick to be the recording engineer. I would have Stuart Duncan playing fiddle on it and Barry Bales on bass. That is really generous. Who else would you get to contribute to it? Where would you want to record it? If I had my pick, I’d like to track it at Ocean Way in Nashville. It would also be fun to have some special appearances from local musicians that I’ve played with over the years. Jake Stargel, Tim May, Geoffrey Saunders, Jason Bailey, Sterling Abernathy, Matt Skates, Jed Clark, Luke Monday, Nate Baker, Matt Mills, and Eric Frey are names that come to mind.

Acousticult: What is your favorite album or recording so far that you’ve made?

I played on an album called “Branching Roots” for an artist named Paul Clark. The album featured a lot of great musicians including Stuart Duncan, Phil Keaggy and Byron House. It was mastered in LA and only released on vinyl. The tracks on this album sound great and I had a lot of fun working on the project.

Acousticult: Released ONLY on vinyl? That is about as hipster as it gets. Thanks, Ian, for talking with us – best of luck on your new projects!