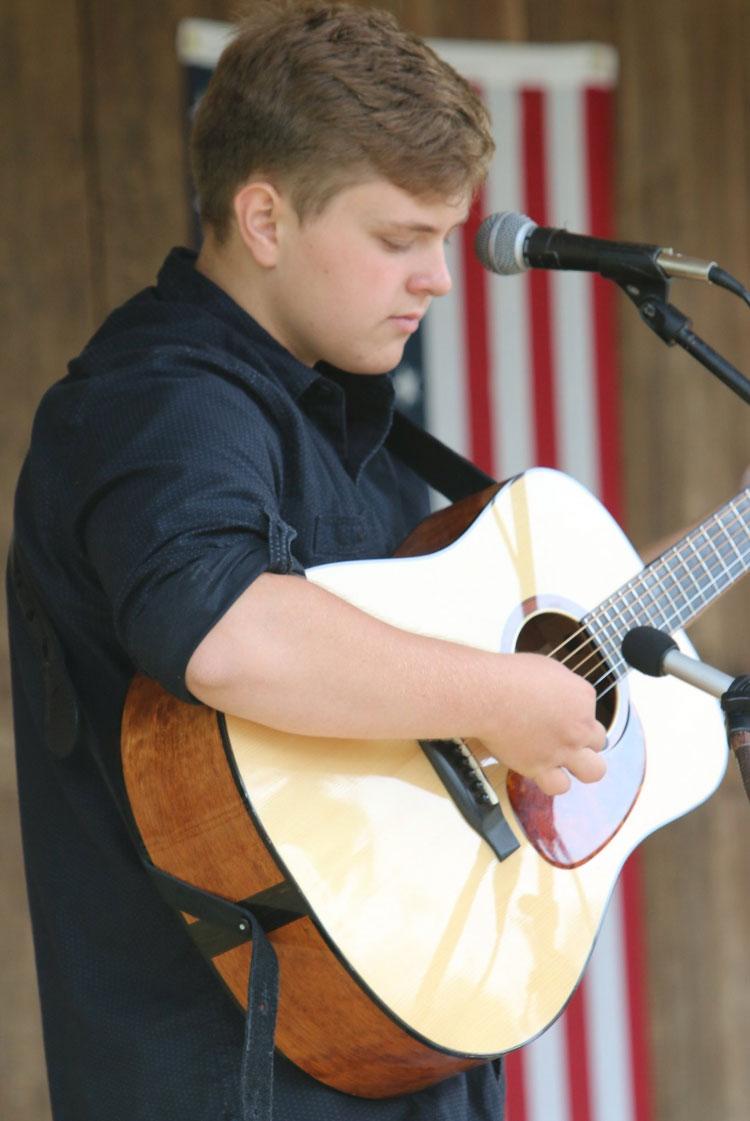 This morning we’re excited to chat with Justus Ross, a musician from Piedmont, Missouri. Tell us who you are, Justus, what you do and where you’re located.

My name is Justus Ross and I am 15 years old. I live in Piedmont, Missouri and I like to try to play music every chance I get.

ACOUSTICULT: Man, there are definitely worse ways to spend your time! Tell us a little bit about your beginnings. Your origin story, so to speak. How did you get into music?

When I was very young (probably 3 or 4) I bought a Lightning McQueen guitar from Walmart and tried to pluck out a few songs. Just like any other child wanting to be a rock star I would thrash and bang the guitar on the ground.

ACOUSTICULT: It sounds like you had the right idea early on.

When I turned 6 I began taking lessons from an older fella that lived near me named O.D. Mitchell. He has now passed on, but he taught me the basics of blues music and bluegrass. I played for years with my family.

ACOUSTICULT: Tell us a little about playing in your family’s band. What was that like?

We traveled as The Ross Family Bluegrass Gospel Band for a good 3 years. My sister Charity played fiddle and sang, Alex Clayton played banjo and sang, my Mom played mandolin, my Dad played bass, and I played guitar & sang. We traveled playing churches and small bluegrass venues. We had a wonderful time meeting and making new friends in the bluegrass community! I recently joined the band Po’Anna. That band is Emalee Flatness, Maddie Dalton, Becca Ash, Alex Clayton, and myself. They are all some of my very best friends.

After years and years of teachers like Jake Workman and Rodley& Bobby Lewis, studying guys like Clay Hess, David Grier, & Kenny Smith, listening to solo after solo and lick after lick, I came to love music. It really has changed so many parts of my life for the better. Thanks to all for encouraging, supporting and pushing me and my dreams to be better than I was yesterday.

Not in any order,

And many more. I always find myself listening to these albums every time I mow the lawn or drive down the road! These and many more albums were included in those hours and hours spent learning licks and styles to find the feeling I was looking for. I’m still working on that.

Definitely live performances because you really just never know what’s gonna happen. But recording man, there’s just nothing like hearing something like that come together.

ACOUSTICULT: All three of these players are my favorites, and under-appreciated in my opinion. Tell us a little bit about your current rig – what does your “rig” consist of?

ACOUSTICULT: Tell us a little more about your Hayes. What are the specs on it?

This guitar impresses me every time I pick it up. It seems like every time I play it something new shows up and blows me away. It’s got the clarity and sustain of a violin, warmth and smoothness of a piano all while still giving that powerful boom everybody loves. It’s a hoss in every meaning of the word! It consists of an Adirondack/red spruce top and an absolutely beautiful mahogany back and sides. It also has stainless steel frets. Rick Hayes is an amazing master luthier!

“With Love, Carolina” with Po’Anna. Super fun project to work on with a couple special guests. (Ron Block and Clay Hess)

ACOUSTICULT: Where did you record that? Tell us about the sessions, who mixed it, who mastered it, who played what on it?

Clay Hess at 7flat Records mixed and mastered it. Worked all of his magic there in Darrel Turnbull’s parent’s basement believe it or not. Ron Block played banjo on “I Don’t Know Why” which is just mind boggling still to think about. and Clay played banjo and bass on everything else. They both just “killed it” as you could imagine.

Honestly, playing cleaner and putting more feeling into my playing will always be the grind. As far as projects nothing right now, but that should change soon!

ACOUSTICULT: I sure hope so man, your guitar playing sounds fantastic and I can’t wait to hear what you come up with next. Thanks for joining us for a chat, Justus!