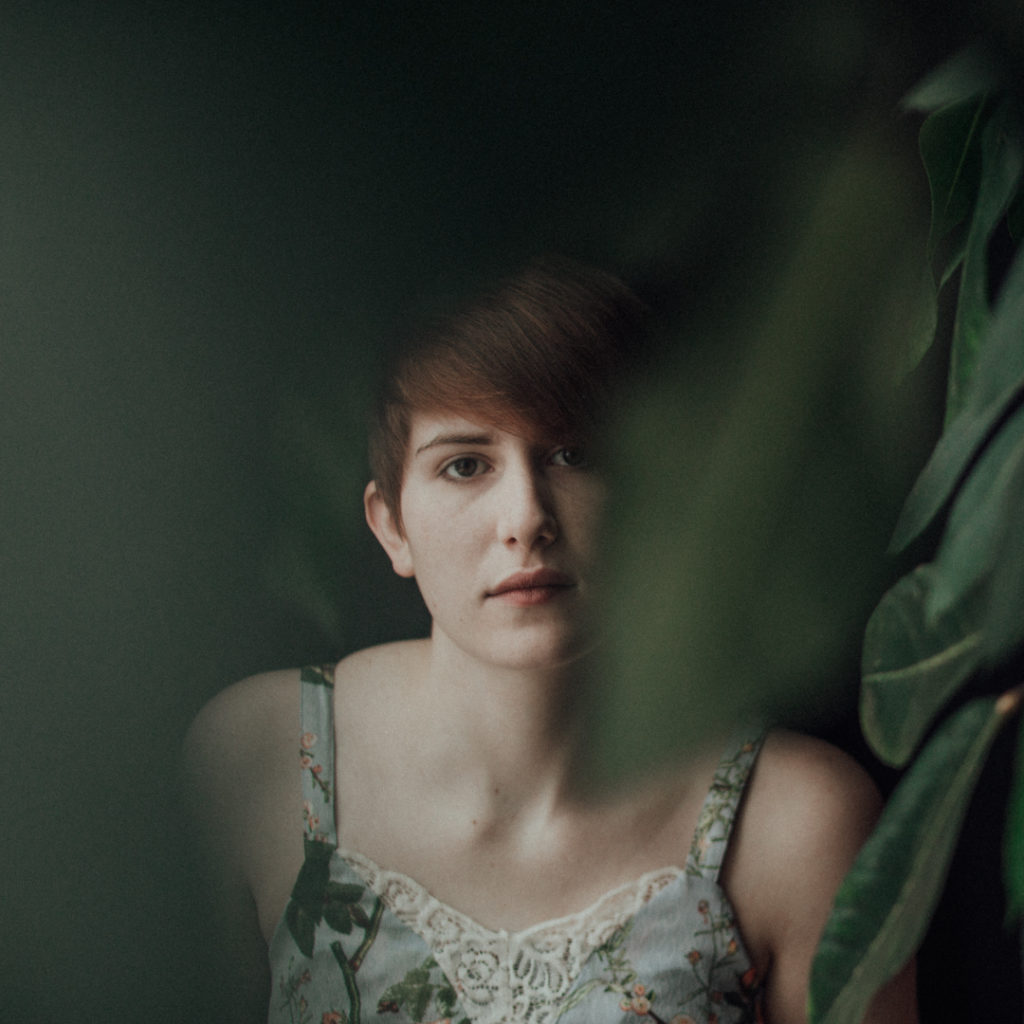 This morning we’ve got the pleasure of talking to Aubrey Shamel, an Americana singer/songwriter based out of Nashville, Tennessee. Tell us a little bit about your beginnings. What made you choose this path over others?

I grew up enjoying country and bluegrass music but never thought I could sing until my guitar teacher convinced me to compete in a bluegrass festival up in Cooleemee, NC. Somehow – despite being only ten, dressed in a softball uniform and covered in dirt – I won! That was enough to get me hooked. It wasn’t long before I retired my softball uniform entirely, in favor of a guitar and writing journal.

ACOUSTICULT: What were some music events you began attending after the Cooleemee contest? What scene/culture did that propel you towards?

My family had a small-time bluegrass gospel band and – after winning in Cooleemee – I became a regular member, playing in many churches and festivals around NC. That hobbyist band is actually the reason I got connected to the first ever studio that recorded MY music! I credit Saul Johnson for catapulting my interest in recording. When we recorded my EP (at age 12) he let me sit through the entire process, teaching me along the way. I ate it up! I’ve drifted around different genres and influences through the years, but I have always found my way back to my bluegrass/folk roots in one way or another.

Only five?! Alright fine, here goes (in no particular order):

I’m a studio rat. I love the recording process from start to finish.

ACOUSTICULT: Tell us a little bit about how you record; do you enjoy using a home-based rig more or being in a commercial studio setting? What kind of rig do you use at home and why?

I do enjoy having a home studio because I’m not dependent upon scheduling time with another studio and saving up the means to record there. However, there’s nothing quite like sitting a bunch of star players in a room and watching the way they communicate with each other. It brings a special dynamic to a song and stretches the creative approach way beyond what I, as a single mind, could achieve. So, I guess it depends on the project but if I have the option, I prefer a live band to set the stage.

I just run Pro Tools off my MacBook Pro. It’s small and simple, but mobile. I’ve collected a variety of plugins over the years so I’ve managed to say 90% in the box with mixing/tracking. Whenever I’m able to settle down into a house, I’d like to start collecting some nice outboard compressors, eqs, and preamps. But for now, my LA-2A and 1176 emulators will have to do!

ACOUSTICULT: You picked some powerhouse players. Epic! Tell us a little bit about your current rig – what does your “rig” consist of?

I’m running Pro Tools on a 2015 MacBook Pro. I basically record my voice and all my instruments with an AT4050 because, inexpensive as it may be, somehow it just works. I’ve become a huge fan of Keyscape by Spectrasonics for keyboard samples. They really just nailed the foot pedal and ambient noises. Considering most people don’t have the ability to record a legit grand piano whenever they need a keyboard part, I can’t recommend Keyscape enough.

I’d get my favorite local musicians in a top-notch studio and let them go ham on 12 of my songs! Blaine Johnson on piano, James Mitchell on electric guitar and Tim Crouch on fiddle for SURE. Not sure about drums and bass but they gotta have a motown/funk background. I’d record at Slack Key Studios with Randy Kohrs engineering/mixing. He’s a beast behind the board.

I’m always the proudest of my newest project because I can hear (most of the time) the progress I’ve made as a musician, vocalist and writer. The day I’m prouder of what I did two records ago is the day I think I just might retire, haha.

ACOUSTICULT: That last sentence really says a lot. I think you make an excellent point about using your own satisfaction as a gauge of your zenith. What are you currently working on?

I’ve got quite a few new songs and recordings in the works. Whether it be singles or a full record, I plan to release some new stuff in the early spring of 2020.

Thanks, Aubrey, for talking with Acousticult today!