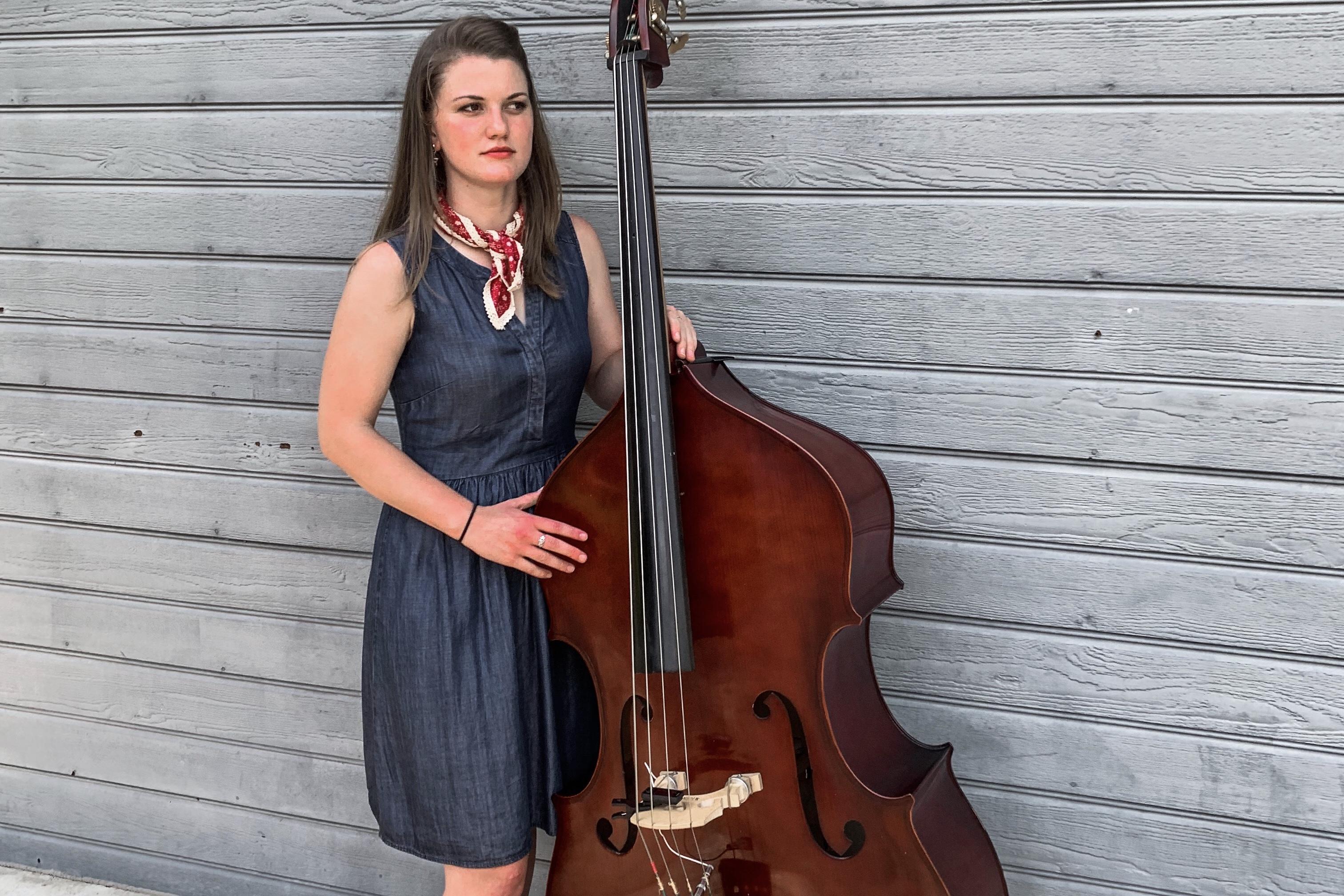 Today we’ve got an interview with Abby Hartley, a multi-instrumentalist hailing from Arkadelphia, Arkansas. She’s a guitarist who has since gone on to play mandolin, fiddle, and bass.

We caught up with Abby to ask her to tell us a little bit about her beginnings, how she got into music, and what made her choose this path over others.

ABBY: When I was about 7 years old, my family was invited to a picking/potluck, where we were introduced to bluegrass for the first time. My oldest brother, then 12 years old, started mowing yards and saving his money until he had enough to purchase a fiddle. We were all so clueless about music that we didn’t even know to put rosin on the bow and couldn’t figure out why it wasn’t making hardly any sound.  Gradually each of my 5 siblings and I were able to buy instruments. My first guitar was a Walmart special First Act I bought from one of my brothers for 31 dollars, my complete savings at 7 years old.  Long story short, we all practiced a lot, started playing at local nursing homes, and from there got invites to come sing at churches. Fast forward 10 years, we were touring full time from Arkansas to Montana to NY and all in between. It was such a great way to grow up.

ABBY: Lonesome River Band – Carrying The Tradition (educated me on how the same instruments that my siblings and I had could be used together to create great bluegrass music.) Alison Krauss – So Long So Wrong (learned so much about how each instrument can compliment each other and the voices, not step on each other’s parts, and I learned the beauty of space in music.) Kenny and Amanda Smith Band – Always Never Enough (I love everything Kenny plays…and everything I play is very heavily influenced by him. Cody Kilby- Many Roads Traveled (spent many hours learning these guitar parts, note for note. I came out with more dexterity and fretboard familiarity.) Blue Highway – Still Climbing Mountains (learned some tastefulness in guitar from old Stafford.)

ABBY: I enjoy touring and performing. Music has opened so many doors for me to know people that aside from music I’d have had no way to connect with them. Music has given me a platform to speak into people’s lives, encourage them right where they are in life, and tell them about a Saviour who loves them enough to give his life to fix their brokenness and give them full life, a truth that has changed my life and given me meaning in my day to day living.

ABBY: I think the guys from Deer Creek Boys are amazing musicians that don’t get the recognition that others at their level get, as well as NewTown, and lots of bass players. Bassists are all underrated.

ABBY: I’ve been playing a 2003 D18 GE I bought from a friend. My mandolin is a Northfield that my brother had made in 2012. And the bass I play is a Chadwick Folding Bass.

ABBY: I would go one of two routes: build a small basic studio, buy a couple high quality mics, buy the new Protools and whatever plugins I might need, take some courses on mixing, and hire some musicians that can record from home, as well as find a producer who would work outside of his own studio. And this way I would be set up for the next album already. Or, get Ben Isaacs to produce an album (using the studio he provides), get Sammy Shelor to play banjo, Barry Bales on bass, Tim Crouch on fiddle, and Cory Piatt on mandolin.

ABBY: The last one I made with my family band. I wrote most of the songs on it so I feel like it’s a peek into my soul. I recorded it at my home studio within about three months time in early 2018. It definitely stretched me as a vocalist, guitarist, mandolinist, and fiddler, as well as causing me to grow in song arranging and mixing. I learned to listen to a song and ask how the music could better communicate what the words of the song were trying to say. And though my mixing skills are definitely not up to a professional level, I felt the songs were put together in a way that people would “get it” and enjoy it while they were getting it.

ABBY: Honestly I’m just working on learning how to play bass well. I’m the bass player for a three piece band (The Purple Hulls) and so I feel like the bass part needs to be kept more interesting than when in a 5 or 6 piece band, so I’m in the process of strengthening my fingers, getting consistent accuracy on a non-fretted instrument, and finding the balance between changing the bass line up without overplaying. Having not given much thought to the bass before playing with this band, I’ve had to really focus on learning as much as I can as fast as possible.

ACOUSTICULT: Thanks, Abby, for catching up with us.